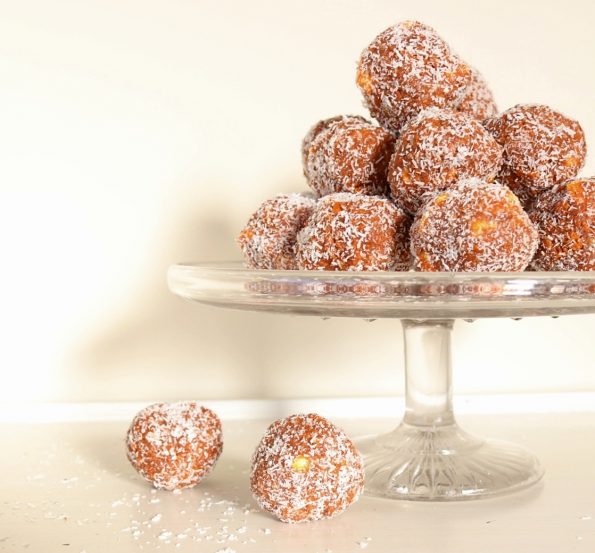 Hello! Yay, it’s school holidays! They deserve a break, the little fritters, all that reading, spelling and math, exhausts me just thinking about it and us, a break from running around here, there and everywhere!.

Now I’m not trying to reinvent the wheel (or rather LOG) here it’s just that I made some of these for a shared lunch a few weeks back and they were just so yummy and oh so cute, I thought I’d add it to this here blog.

I’m sure I’m not the first to think of this and don’t know why I haven’t thought of it before because lolly log is one of my favourite things (it’s those malt biscuits!) so simply use your fav lolly log  (aka, lolly cake) recipe…..oh look, scroll down, there’s one!…..mould it into balls instead of a log and roll them in coconut…..I told you, no new wheel here, just a cute idea. 🙂

So getting started, first chop up the lollies into quite small pieces and set them aside. 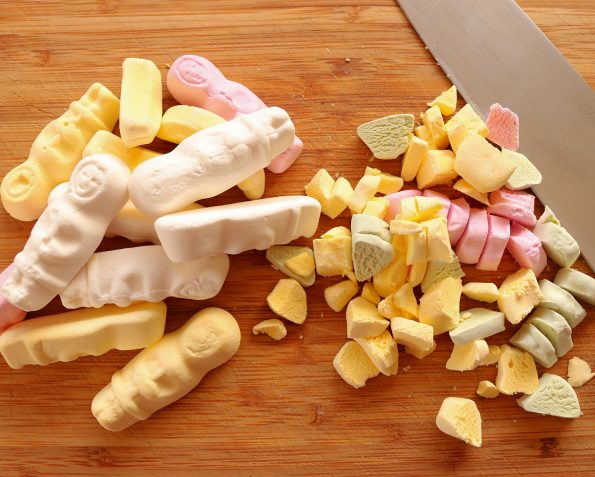 Now in your food processor process the biscuits until they are crumbs. 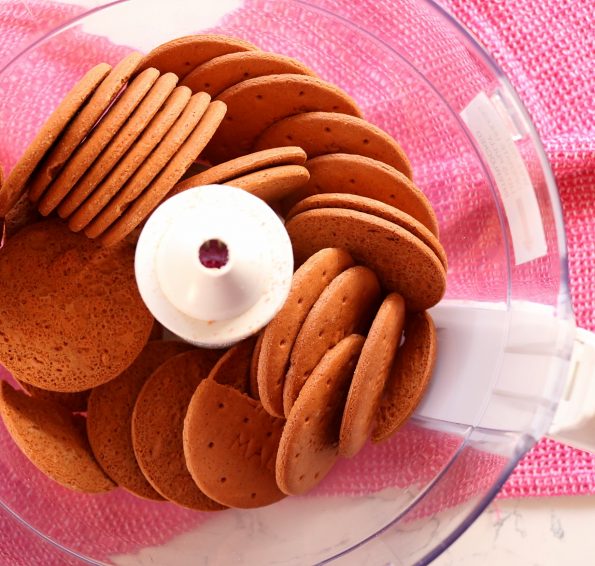 Next, place the crumbs, the lollies and the shredded coconut (if using it) into a medium-sized bowl. 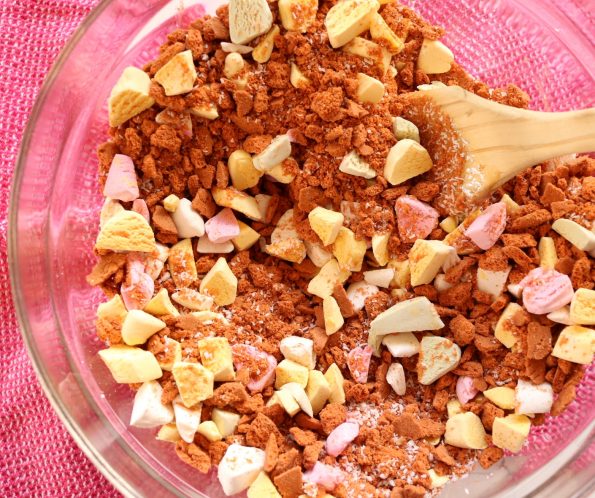 Then, cut the butter into cubes and place it into a small saucepan with the condensed milk.

Over a low heat, stirring often, melt the two together. 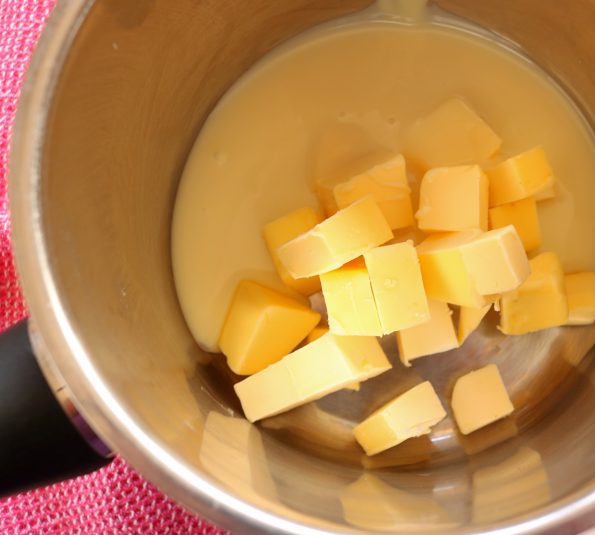 Once melted nicely together, add it to the other ingredients. 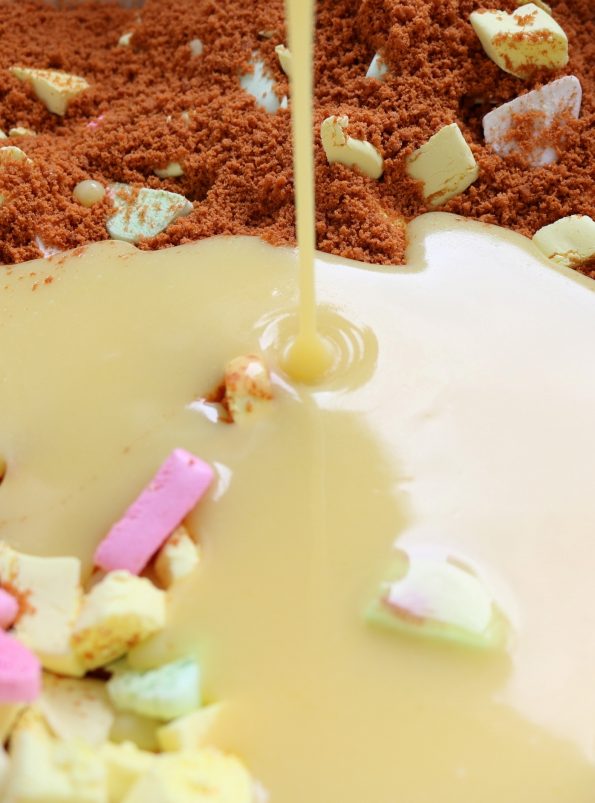 Mix it all together and weigh out little balls. No need to worry about them being perfectly round at this point. 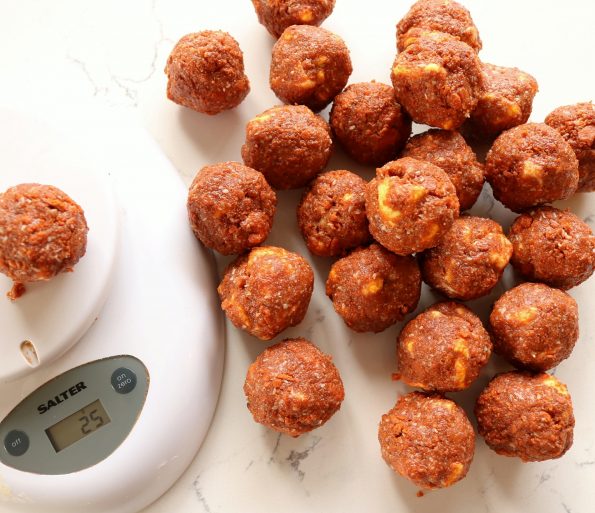 Once done place the desiccated coconut onto a plate.

Slightly squeeze and roll each ball between your palms so they are firm and then toss them in the coconut.

Then place them in the fridge to set a little (also where they need to be stored). 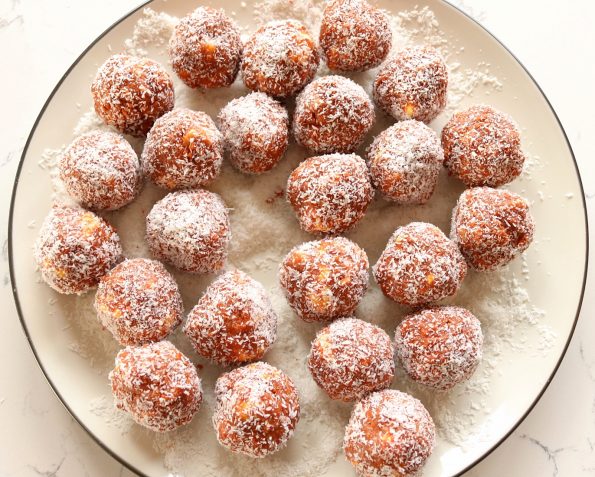 Storage – Because this isn’t baked and is made with condensed milk, I would store them in a container or well wrapped with cling film in the fridge and they will be great in there (calling your name constantly) for up to 5 days. 🙂 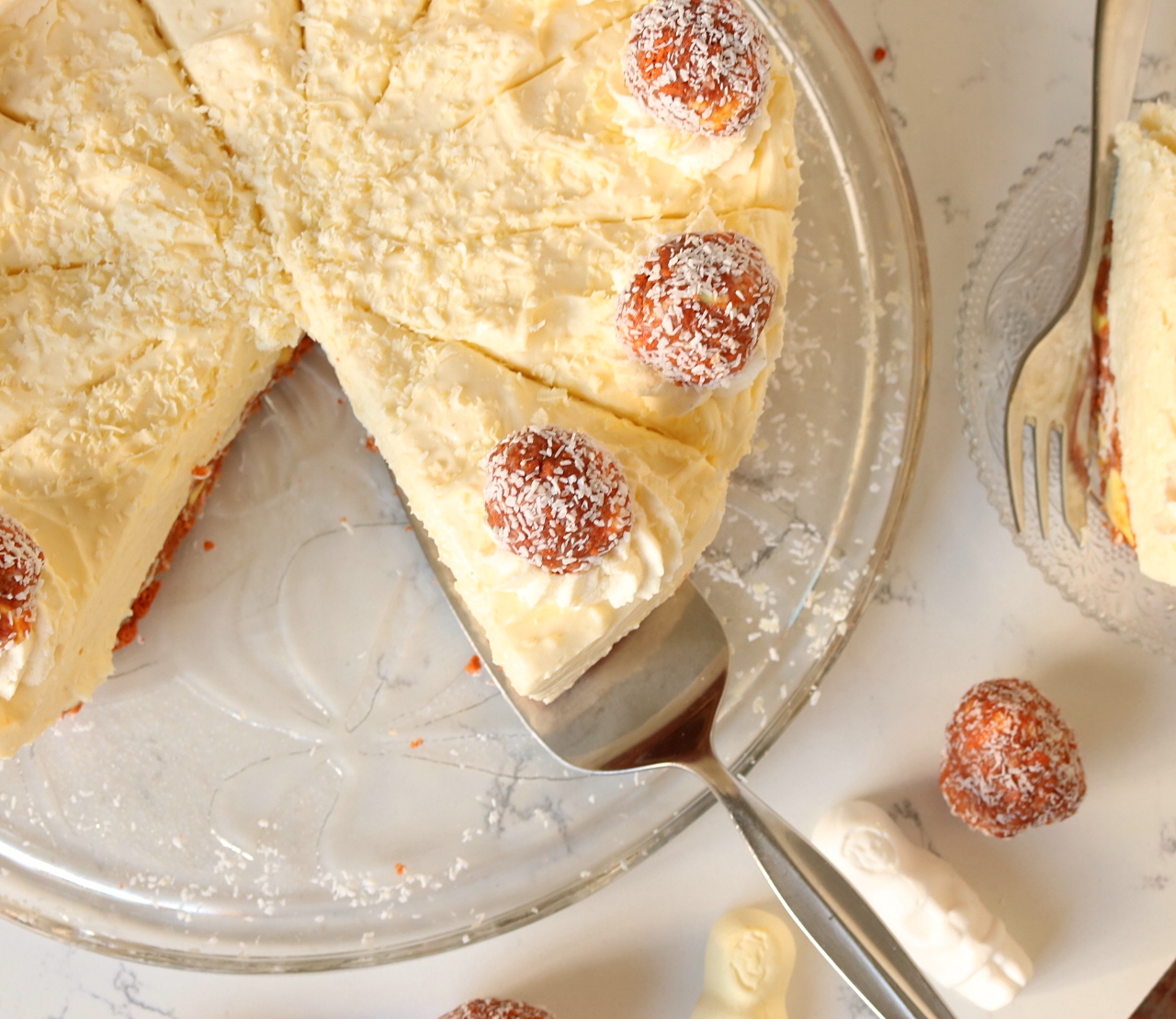 A no-bake white chocolate cheesecake with a base made with malt biscuits, soft lollies & condensed milk. A variation of NZ's fav Lolly Log recipe!